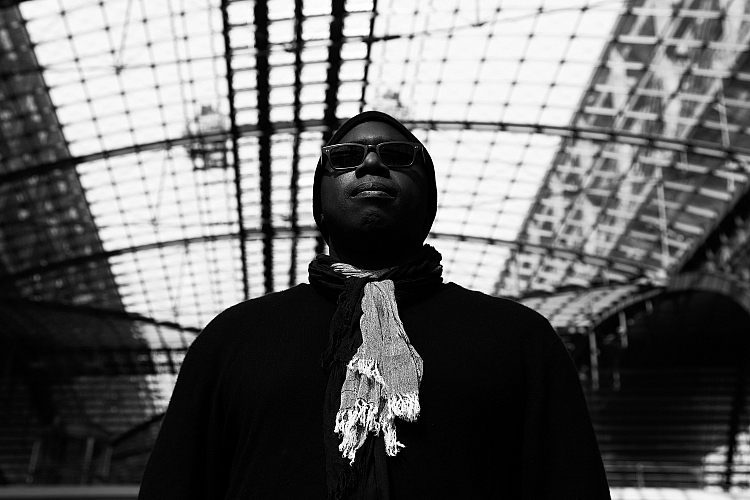 “Deep”, perhaps the word most associated with the career of Fred P, and for once, an accurate portrayal. Eleven albums, innumerable releases and decades of Djing into his career, the New York-turned-Berlin resident continues to push further into his own sound, craft and mind. For those fortunate enough to be present for one of Fred’s cathartic, physical and spiritual DJ sets, the dancefloor is not just a place for enjoyment, but for potential.

That opportunity for potential – his own, yours, that of our collective consciousness – has long-been the earnest pursuit of Fred P, channelled expertly through his evolved and deeply personal exploration of house and techno music. His futurist approach is inspired as much by the scene’s bonafide revolutionaries, from Francois K to Frankie Knuckles, David Morales and Danny Tenaglia, as his own futurist philosophy, weaved together from a glorious patchwork inspired by an ever-expanding network or thinkers, collaborators and international encounters.

If this all sounds rather academic, then any appearance from Fred P will cement the sound of his vision. Years dancing at New York nightspots such as Red Zone, Sound Factory and Tunnel proved to be the sort of open-minded education that cannot be bought, cannot be sold and cannot be hyped. Here, among an eclectic cast throng of consciously aligned fellow party-goers, Fred P learned pleasure and patience from extensive record collections that often went some way to suggest that less can mean more.

It’s a confidence than runs through his music and Djing, and most recently earned him a quarterly residency split between London’s twin clubs, Oval Space and Pickle Factory, sharing the bill with like-minded contemporaries. He was also handed control of the club’s soundsystem for several all-night sessions, a favourite format of his, creating space to conjure a unique, sensual and almost psychedelic early morning atmosphere that the New York native is almost notorious for being able to conjure like few others (refer to his own cult classic, ‘6AM’ for a seductive glimpse of this particular sound.)

All this in mind, what’s the eventual aim?

“Like-minds together, to raise eachother’s consciousness”, he considers. “And with that, you can have an experience. I’m all for that, because I know music can be medicine. Meditation… It’s a gift to everybody. So to use it with intent but not self-interest – which is very difficult nowadays – it’s all about the time you’re given and the quality of what you decide to do with that time.”

Time passes, for better or worse, and with that, change must be embraced. 2018 sees Fred P bring his acclaimed Soul People Music outlet to an end and embrace a new label, Perpetual Sound. Launching with a new recording for arguably his best-loved alias, Black Jazz Consortium, the label will be guided solely by his proven eye for emotion and evolution, anticipating new collaborations and styles.

That first release was a statement, tellingly titled ‘Evolutions’, adorned with a retro-futurist cover that harks back, perhaps with a sigh, to retro-sixties futurism. On the cusp of an AI revolution, in the midst of political, cultural and social tension and disruption on an international scale, Fred P is determined to ensure optimism and futurism lead forward his practise.

“The 20th century was big on originality… The 21st century, so far, not too much”, he reflects. “That attitude in general, towards everything, pushes this singular ethos. The us or nothing bullshit. So what’s standing in the way of the obvious stuff? What is the end goal? The end goal is to fully embrace our potential, and to remove the things that hold us back: Greed, envy and self-interest. To embrace a more humanitarian approach Not just for ourselves, but for our species.”

FuFu Booking management for Asian market (Except Japan) in collaboration with One House Artists. 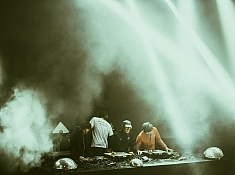